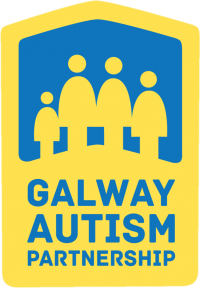 Signs and Characteristics of ASD

Behaviour
When they are born, most babies seem ready to become sociable and develop communication skills. Young children just seem to know that other people are important to turn to for comfort, to share moments of pleasure with, to look to for guidance and to learn from. Children with ASDs find this all very difficult. They may seem less interested in people. They find it hard to see things from another person’s point of view. They often seem trapped in a world of their own. Some may like being sociable and tactile but don’t seem to understand how to do these things. A young child with an ASD can’t make sense of people, and may find them frighteningly unpredictable.

Communication (Verbal & Non-Verbal)
Children with ASDs may not be eager to communicate. They may not be ready to learn things that other children learn naturally and therefore don’t have the chance to tune into language in the same way. They find it very hard to make sense of the things that happen around them. Words may mean very little to them and they may be unable to link what they see with the things being said to them.

Young children with ASDs not only have difficulty making sense of words but also with reading non-verbal messages in facial expressions and gestures. This makes it difficult for them to learn what is expected of them, and to recognise when someone is happy or upset and what that means.

A young child with an ASD may:

The concepts of physical and mental impairment are fairly easy for people to grasp, but the idea of social impairment is much more difficult to understand (and to explain).

Rigidity of Thinking and Difficulties with Social Imagination
Imagination helps us understand the world and predict and see the perspective of other people. When pretend play begins to appear in children who don’t have an ASD, it’s a sign that imagination is beginning to develop. In children with ASDs this process occurs very slowly, in unusual ways, or not at all.

Problems of imagination show themselves in different ways. Some children never seem interested in what a toy is or what it represents. They may focus on the features of the toy such as the wheels of the car or the box the toy came in. Other children may run the toy car in and out of a garage, but don’t act out more complex stories. Some children seem to act out stories or take on particular characters, but the story turns out to be an imitation of a video or book. This doesn’t mean that children with autistic spectrum disorders don’t have any imagination, it just means they tend to have less ability in this area and they tend to be less interested in sharing their imaginative ideas than other children.

Some children with ASDs learn to talk easily, but find it hard to understand communication that is not literal. Expressions like ‘I laughed so much I nearly died‘, or ‘If you eat any more you’ll burst‘, can be very frightening for them. They may have difficulties understanding that a phrase or story is not real.

Problems with imagination make the world a very uncertain place, so children with ASDs find reassurance in setting up routines and patterns that they can control.

Repetitive behaviours and routines are a common feature of ASDs.

A young child with an ASD